Top 10 5G Smartphones 2020 : 5G technology is gaining momentum in the world. It is expected to start the 5G network in India next year as well. Reliance Jio has also announced that the company will offer its 5G phone in partnership with Google. Even before the introduction of 5G network in the country, tech companies and mobile brands are starting to launch their 5G smartphones.

Veteran brands such as Qualcomm, MediaTek and Exynos have launched processors and chipsets working on the 5G band and their technology is also getting advanced. Famous research firm Counterpoint has published a report looking at the growing craze of 5G smartphones, which lists the top 5G smartphones which are being bought the most. 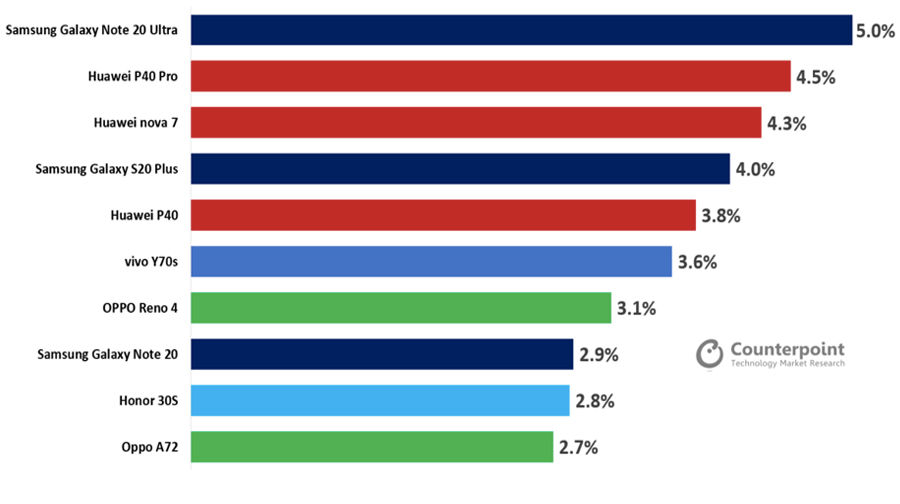 This list of Counterpoint has been prepared by checking the global market, in which the name of the best selling and liked 5G smartphone in the whole world has been recorded. First of all, let us tell you that this report is based on the data till September, so the 5G smartphones launched after that have not been included in the list. It is important to remember here that Apple introduced its iPhone 12 series in October which has not found a place in this list. After the launch of the iPhone 12 series, this list can be expected to undergo a major reshuffle.

READ THIS : Why Is Digital Branding Important for Your Company?