First of all, talking about the display of the phone itself, Realme GT Neo 2 has been launched on Samsung E4 Display which supports 120Hz refresh rate. This phone has a 6.62-inch FullHD + punch-hole display which is completely bezel and is found from the edge on both sides. This phone supports 600Hz touch sampling rate, 1300nits brightness and 500000:1 contrast ratio, which is protected with Corning Gorilla Glass.

Realme GT Neo2 smartphone has been launched on Android 11 based Realme UI 2.0 which runs on Qualcomm’s Snapdragon 870 chipset with Koryo 585 core processor with 3.2GHz clock speed. This chipset works on SA / NSA dual mode 5G. In the Chinese market, this phone has been launched in three variants which support UFS 3.1 storage technology.

For photography, a triple rear camera setup has been given in Reality GT Neo 2, in which a 64-megapixel primary sensor has been given with LED flash. Along with this, this realme mobile supports 8 megapixel ultra wide angle lens with 120 degree FOV and 2 megapixel portrait lens. Similarly, this phone has a 16-megapixel front camera for selfie and video calling. 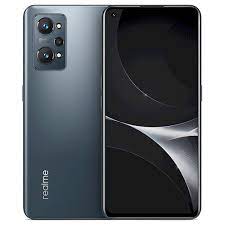